A private Jewish school near Aventura is combining yoga with storytelling in the hope of teaching pre-literacy skills to its preschool-age children.

Leanne Weinbrot of Scheck Hillel Community School teaches yoga poses to her class of 3- and 4-year-olds as she tells stories of bunnies and crabs escaping the clutches of wolves and crocodiles — all while holding a beaver puppet named Babs.

The yoga poses she shows the students match the vocabulary they learn from the stories. Weinbrot said she believes incorporating motion into the classroom makes the lessons stick.

Weinbrot, also a first-grade teacher at the K-12 school, said she always enjoyed yoga and started teaching it to her students because she thought it would be beneficial for them.

“I always infused yoga practices into my classroom,” she said. “And I’ve always noticed that when I do take the time to do that yoga break that my kids are immediately more focused.”

Weinbrot has been practicing yoga for 10 years and is certified to teach yoga to children.

“She really developed this,” said Monica Wagenberg, head of the lower school at Scheck Hillel. “She’s been talking about doing yoga in our school for a long time. We definitely saw the value in it and we brought it into our classrooms.”

Weinbrot and Wagenberg said they’ve noticed a lot of improvements among the kids since the program began last year, such as better balance, better story recall and more attentiveness in class.

Wagenberg also said the program has made it easier to identify students who are struggling with language or motor skills. She said they determine which students need extra help when they see them struggling to do the poses or follow along with the story.

Most importantly, though, the children enjoy the class.

“I get a lot of great feedback around campus when I’m walking around and they’re playing on the playground,” Weinbrot said. “They’ll run up to me and they’re very excited to know what’s going to happen next.”

Students Orli Szapiro and Parker Lavin are among those who enjoy the yoga.

Parker, 4, said he likes the stories, especially the parts about the scary animals — the crocodiles, lions and wolves.

They said the story they learned that day was about “Babs the Beaver” (by Jaime Amor of Cosmic Kids Yoga) building a water slide for the bunnies, crabs and fish. Unfortunately for Babs and his friends, the scary animals decided that was a good opportunity to try to eat them. (The small animals outmaneuvered the large ones and the water slide was saved.)

Only preschoolers take the class, but Wagenberg said they intend to broaden the program to include other students.

“We would like to extend it then to a little bit of mindfulness,” Wagenberg said. “Teaching our older kids to handle daily stress and pressure.”

The school will start offering an after-school class for kindergarteners and first-graders in January that will be taught by Weinbrot and another teacher.

Based on the success of that class, they will decide how to incorporate other ages into the program. 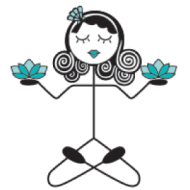